Messed Up by Janet Nichols Lynch 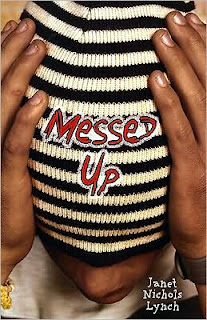 Summary:
"With his father out of the picture and his mom in prison, R.D. has been living with his grandmother and her boyfriend, Earl. Fifteen years old and still in eighth grade, R.D. is always being suspended for one thing or another - sometimes it seems just for being Mexican American. But as hard as it all is, R.D.'s touch breaks have only just begun. When his grandmother hits the road with her new trucker boyfriend, it's the beginning of a scary downward spiral. Should R.D. just let himself fall, or can he take his future into his own hands?"

This is a very realistic view of what happens to those teens who fall between the cracks. With everything against him, I'm not sure how realistic it is that everything happens perfectly in the end. But it makes for a good story - and I was very much rooting for him throughout the whole thing.

It's not often that a truely good kid can be fully lost in the shuffle, but I suppose I wouldn't know. I do have to say that the amount of adults in the story was a little unrealistic. How many kids have so many parent-like roll models outside of their families - even the good kids?!? Adults don't always stick up for the kid in need... even though they should.

So it's a bit rosey, but I liked this story... and the hope that came with it. The hope for humanity, I suppose. I really did enjoy this perspective and look to the future, and I can only hope people like this exist.