Some great looking titles coming out this week!

5.27.14 City of Heavenly Fire (The Mortal Instruments #6) by Cassandra Clare
5.27.14 The Girl with the Windup Heart (Steampunk Chronicles #7) by Kady Cross

5.27.14 Curses and Smoke: a Novel of Pompeii by Vicky Alvear Shecter
5.27.14 Allies and Assassins by Justin Somper 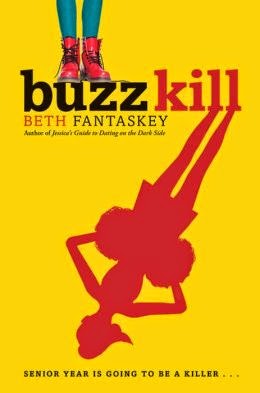 Summary:
"When seventeen-year-old Millie Ostermeyer makes a list of all the people who would want the football team's notorious Coach Killdare dead, she never dreams someone would actually murder him. As if one mystery weren't enough for this Nancy Drew-obsessed school reporter to solve, enter the divinely gorgeous Chase Albright, star quarterback. Who is this mysterious jock who speaks excellent French and likes obscure foreign films? And why is he giving geeky Millie the time of day when the supermodel-pretty cheerleader Vivienne Fitch is clearly throwing herself at him? Mystery and romance collide in this fun, witty murder mystery."
__________________________________________________
First Lines: (Quote from the galley - see final version for edits)
"Head football coach 'Hollerin' Hank' Killdare was having such a massive meltdown that even from where I was standing in the Booster Club's concession stand, I could see his trademark blue vein popping in his neck and the usual flecks of spittle flying out of his mouth."
Page 1
__________________________________________________
Review:
Senior Year. Murder. Drama. Love. Nancy Drew Addict. Quirky (read: AWESOME) Librarian. What's not to love?!
Millie is a successful reporter for her school's newspaper. She's won awards and is ready to take on the world! But after stumbling upon the body of their notorious football coach, her world is turned upside down. The detective on the case is a joke and she has to be sure her father isn't blamed for this. So Millie sets out to solve the murder... only to find herself paired up with Chase - a quarterback with a mysterious past. She learns a lot about herself and the people around her, but not before she falls hard for the jock.
I love stories like this. It's a well-put-together mystery that really keeps you guessing about the ending. There are a few mini-mysteries along the way that are pretty easy to figure out, but that just keeps things fun. The author did a great job unfolding the story in a way that keeps you on your toes.
The humor in this story was amazing. I mean, it's not LOL hilarious... it's witty and snarky and wonderful. That alone made me love Millie and wish that I was her librarian. She's got everything figured out in the world, so she isn't exactly welcoming of too much change. But she sure knows how to solve a problem: Research. And interviews. And being an overall great journalist. Not without some help from her favorite librarian. Can I just mention that I'm a HUGE sucker for a quirky librarian beloved by the characters?! Makes me think my profession is doing something right. :)
Relationships are always crazy, but I think the one between Millie and Chase is pretty authentic. They both come into things with baggage and become really good friends to each other. There is an understanding about how they are really just trying to solve the murder case and that they each have complementing strengths to do just that. Not to mention Chase's love of artsy films and the French language. Their own quirks are pretty awesome and it's fun to watch them clash at every turn. I think Millie's love of the late coach's dog is probably the most hilarious...
Anyway, I really dug this story and I'll definitely be passing it along to teens who love mysteries. I'm excited to have another good one to put in that pile. I've read other things by this author, but this was definitely my favorite.
__________________________________________________
Other Blog Reviews:
A Lot Like Dreaming
The Book Lover's List
Geeky Chiquitas Book Blog
Kelsey's Cluttered Bookshelf
Pretty Good Gatsby
The Library Lass Booklikes Blog
Teens Know Best
We clearly need to get more people reading this book... :)

Really loving these covers coming out this week!
Take a look at some of the awesome YA titles being released...

5.20.14 Now and Forever by Susane Colasanti
5.20.14 Biggest Flirts (The Superlatives) by Jennifer Echols

5.20.14 The Rules for Breaking by Ashley Elston
5.20.14 Dangerous Creatures by Kami Garcia and Margaret Stohl

The One by Kiera Cass 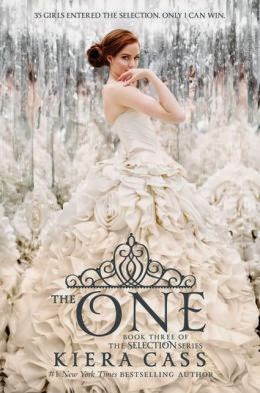 Summary:
"The time has come for one winner to be crowned.
When she was chosen to compete in the Selection, America never dreamed she would find herself anywhere close to the crown - or Prince Maxon's heart. But as the end of the competition approaches, and the threats outside the palace walls grow more vicious, America realizes just how much she stands to lose - and how hard she'll have to fight for the future she wants."
____________________________________________________
First Lines:

**This review is going to have spoilers from books 1&2... it's pretty much unavoidable. So go read those first! And really, what are you reading this review for if you haven't yet?!?**

This final book in the series absolutely lives up to the excellence I have grown to expect from Kiera Cass. So many twists and turns that it basically gave me whiplash. But in the best possible way.

So, America has made it to the final four girls in the Selection competition. It's amazing, but it seems like she might actually have a shot at winning this thing. The girls have finally become closer, but the king isn't overly happy with how they are behaving. And the uprising from the rebel groups has everyone on edge and worried about their safety. Not to mention the emotional roller coaster that is America's life. It's an epic conclusion to a wonderful series!

I wish there was a good way to describe this series to people who haven't read it yet. I often say it's like the Bachelor but set in the future when there are castes and royal families. It just doesn't do the story justice - and probably puts off people who aren't fans of the Bachelor (like myself). So we need to work on that, world. I think more people need to get as entranced as I am with it - I may have already converted a few people :).

One of the main themes of this last book is the rebels and the crazy things happening with the citizens of Illea. America starts to realize that she's making connections with important people and how she can help change the entire society. It's really uplifting and you can tell she's gaining confidence in herself and her relationship with Maxon. I love how she emerges as a strong woman through all of her insecurities.

In previous books, I feel like many of the relationships that are formed are tenuous and calculated. It's nice to see actual friendships develop that aren't quite so surface-focused. Those friendships are what really give this book a sweet, loving feeling. The competition is drawing to a close. The girls are getting close and understanding each other. America has become even more close with the people who serve her. There's just an overall feeling of calm and sweetness that hasn't been there in the last books.

Now, I say there was calm... I'm going to tell you that Kiera Cass tries to give you a heart attack in the last 30 pages. Like, dead. It almost worked. There is a ton of action and things start spiraling ... it's so intense! I know I can't say much more than that. But I did have at least six separate "OH NO!!!!" moments. So take that for what it's worth.

This is just a selection of the amazing YA books coming out this week. Looks like a lot of girly awesomeness. :) 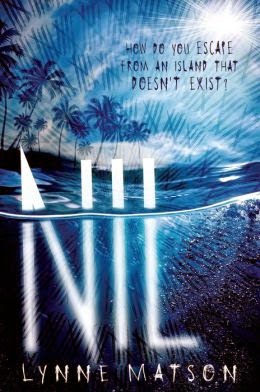 Summary:
"On the mysterious island of Nil, the rules are set. You have one year. Exactly 365 days - to escape - or you die.

Seventeen-year-old Charley doesn't know the rules. She doesn't even know where she is. The last thing she remembers is blacking out. When she wakes up she's lying naked in an empty rock field.

Lost and alone, Charley can find no sign of other people until she meets Thad, the gorgeous leader of a clan of teenage refugees. Soon Charley learns that leaving the island is harder than she thought... and so is falling in love. With Thad's time running out, Charley realizes that to save their future, Charley must first save him. And on an island rife with hidden dangers, their greatest threat is time."
_________________________________________________
First Lines: (Quoted from galley, see final version for edits)

Yep, pretty sure this is my favorite book of 2014. So this is me attempting to review this title without gushing too much.

NIL might be an alternate universe. It might be a random island that is unexplored. It might be a nightmare. No matter what, the people who are sent there only have one year until they either catch a gate back to the real world... or they die. Gates aren't easy to catch and they're certainly sporatic... sometimes the search for them drives people nuts. This is the world the Charley gets pulled into, whether she wants to or not. Luckily, there are people who have been there longer and help her figure out what's going on. In particular, Thad... the insanely attractive leader who takes her under his wing.

I really sort of hate it when books are compared to others, but I'm gonna do it here anyway. It's just so obvious! This book is a cross between The Maze Runner and Lord of the Flies. I was thinking about listing the ways they're similar, but that would take the entire review. I think at the core, NIL has that feeling of desperation you get in some of the best books... people in dire situations trying to figure out how to escape. It pulls you into that feeling seamlessly and doesn't let go until literally the last page.

Oh Charley... I wish we were best friends. She seems like the coolest person in the world. I had a little bit of a hard time buying the whole "I don't know I'm beautiful" thing she did with Thad, but otherwise I really loved her. She's inquisitive and accepting of the things that happen to her. That makes her a really strong contender in the world of NIL. And she's just straight up a survivor. I have a teeny obsession with maps, so her whole map-making focus made me happy.

This was one of the first times when I truly thought the story benefitted from the dual perspectives. There's a lot you learn about NIL through Thad's chapters. Things that you wouldn't understand without them. He knows about the land, he understands the cruelty that is NIL, and his relationships with previous inhabitants brings a whole different light to the things that happen.

Obviously I'm not going to tell you how this book ends... but I really want to! Because it's insane!! I've got a list of people in my head that I'm going to make read this book... just so I can discuss the ending with them. Hopefully they will all get the same feels I did. And there were a BUNCH! Now... it seems like this is a stand-alone book. I'm kind of hoping that it is. We need more amazing single volume stories like this! We'll see if there's more to come (you know I'd read it no matter what).

This looks like a good week for realistic fiction. There are definitely some that I need to check out. Have a look...

5.6.14 Blonde Ops by Charlotte Bennado and Natalie Zaman
5.6.14 Torn Away by Jennifer Brown