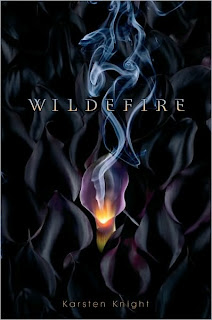 Summary:
"Ashline Wilde is having a rough sophomore year. She's struggling to find her place as the only Polynesian girl in school, her boyfriend just cheated on her, and now her runaway sister, Eve, has decided to barge back into her life. When Eve's violent behavior escalates and she does the unthinkable, Ash transfers to a remote private school nestled in California's redwoods, hoping to put the tragedy behind her.

But her fresh start at Blackwood Academy doesn't go as planned. Just as Ash is beginning to enjoy her new school - being captain of the tennis team, a steamy romance with a hot local park ranger - she discovers that a group of gods and goddesses has been unknowingly summoned to Blackwood... and she's one of them. To make matters worse, Eve has resurfaced to haunt Ash, and she's got some strange abilities of her own. With a war between the gods looming over campus, Ash must master the new fire smoldering within her before she clashes with her sister one more time...

I'm about 99.9% sure that I picked up this book because of the cover. Yes, the summary seemed really interesting, but it was the cover that sold me. I'm kinda superficial like that.

It's the story of a girl who has never truly found her place in life. Things start to fall into place when all goes crazy. She starts seeing crazing black-void creatures with blue flame eyes... and a blind girl keeps summoning her places and tells her she's a god. This is all way too much for Ash, but she's worried about her powers never showing up. All the while, her sister shows up and things get even more complicated.

I love any type of story that weaves mythological characters with realistic situations. For me, it seems like that's the way those stories were always meant to be told. Knight does a great job pulling in elements from each of the myth characters in this story - but none of them are all that familiar. The only one that's super familiar is a Siren. Otherwise, the characteristics were new for me. That was one of the things that made the story more interesting for me.

There's a huge love/hate relationship between Ash and her sister Eve. On one hand, they've been together through thick and thin. What's better than sisterly love? But on the other, Eve has developed these powers and only does evil with them. She seems to have no remorse and will do whatever she needs to get the end result she wants. It's a very realistic dynamic - with the supernatural thrown in.

I truly hope there is going to be a second book. Yes, the story has a satisfying conclusion, but I would love to know what happens next. The characters are built so well that I know the next chapter in their lives will be amazing. I haven't done the research to see if there is another, so I'll stick with crossing my fingers!