"Waiting on Wednesday" is hosted by Jill at Breaking the Spine. This week I'm itching to get my hands on: 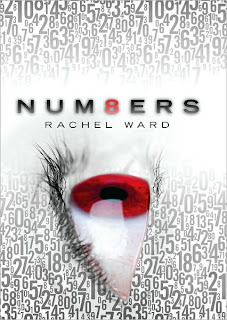 
Summary from Barnesandnoble.com:
"Ever since she was child, Jem has kept a secret: Whenever she meets someone new, no matter who, as soon as she looks into their eyes, a number pops into her head. That number is a date: the date they will die.

Burdened with such awful awareness, Jem avoids relationships. Until she meets Spider, another outsider, and takes a chance. The two plan a trip to the city. But while waiting to ride the Eye ferris wheel, Jem is terrified to see that all the other tourists in line flash the same number. Today's number. Today's date. Terrorists are going to attack London. Jem's world is about to explode!"

I was first drawn to this book because of it's cover - so pretty, yet kinda eerie. And then after reading the summary, I knew I would love to get my hands on this one. It sounds like it's going to be a great sci fi/mystery/thriller! I've seen a few reviews and I'm pretty pumped.

Yes! I've been looking forward to this one since I first heard about it. Hopefully it will be as good as it sounds.

This books sounds very interesting! Have you read The Mark by Jen Nadol, it's a bit similar to this one.

Very cool cover (definitely caught my attention). I'm looking forward to seeing how it is, although my TBR pile just got 2 more books added to it today (library holds). :)